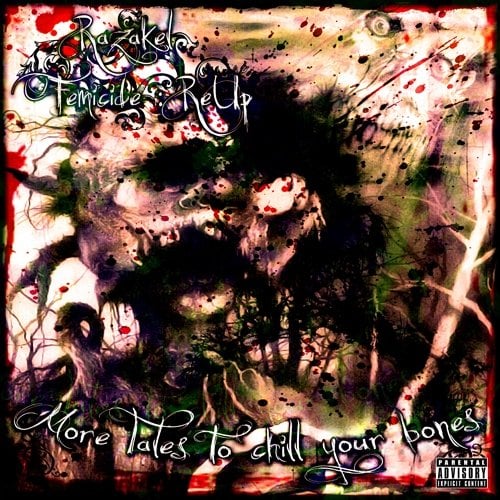 Razakel - Femicide: Re - Up CD

n 2009 Female Artist Razakel sent a shock wave through the Wicked Underground with her most solid and most brutal release yet "Femicide". It was a Grim yet personal look into the mind of a female serial killer that stepped up expectations not only for the genre in general, but in for the Female Artist.

Now in 2010 Razakel is back with a "Re-Up" of Femicidal Madness that includes 15 brand new tracks featuring some of the most respected and established names in the underground,solo flavor, plus more.Building a even more pronounced International fan base with "Femicide"in 2009, Femicide : Re-Up is a must have for any fan of Razakel and promises once again establish her role as the Queen of the Wicked Underground.